The vision to have the General Service Officers (GSOs) attain higher education at the university began in the 1970s. However, this vision materialized in 1996 when General (Rtd) Daudi Tonje became the Chief of the General Staff (CGS) and introduced an academic progression plan for GSO cadets from certificate to diploma at Kenya Military Academy.

The idea of establishing a university to provide training and education in Defence security was later re-introduced in 2015. This was done due to the shortcomings witnessed in the existing collaborations/partnerships with local public universities. These shortcomings demanded an institution with the necessary education infrastructure and training that could foster integration of theory and practice, which is the hallmark of Defence and security training.

A taskforce, comprising staff from the Ministry of Defence, Ministry of Education and other stakeholders, was therefore formed and mandated to seek the award of a Charter under Section 24 of the Universities Act 2012 to offer specialized degrees.

On 27 May 2021, the NDU-K was established under Section 24 of the Universities Education Act, 2012 to offer specialized certificates, diplomas and degrees in areas related to Defence and security, as well as other dimensions of security. Additionally, the Legal Notice No. 96 of 11 June 2021 established the National Intelligence Research University College (NIRUC) as a Constituent College of the National Defence University College.

NDU-K will strive to; expand the existing capacities and partnerships to enhance service delivery, provide MoD with a vessel to shape policy and strategy-making discourse within the region and in the global arena through purposeful, practical and specialized training, education, and research and be a focal point for the formation of a think-tank on security and strategy. 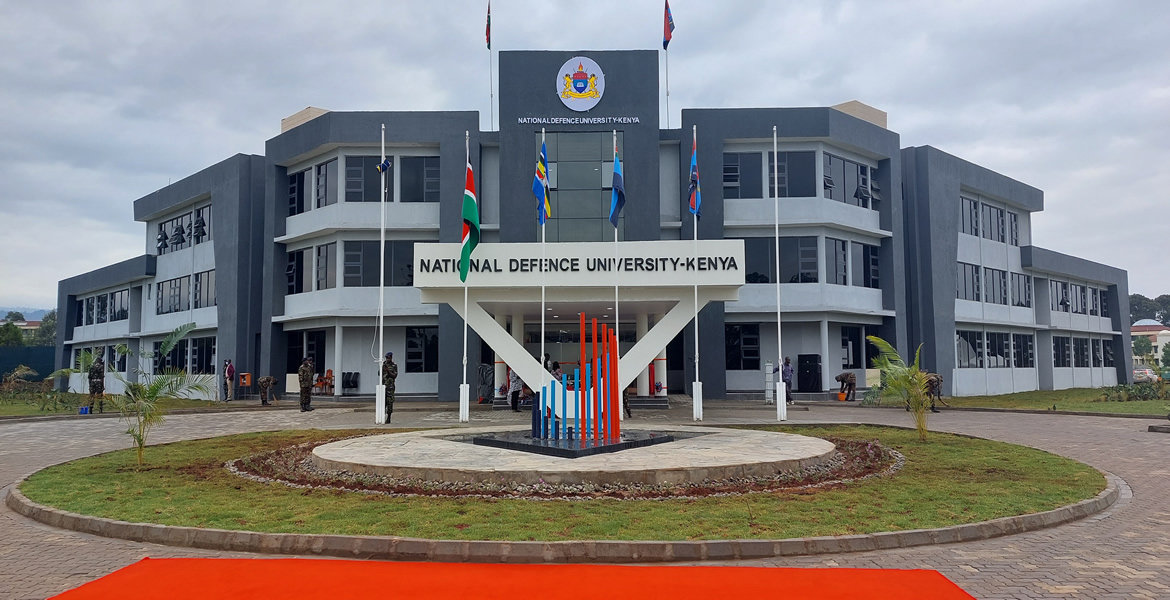 Award of the Charter
NDU-K was awarded a Charter under Section 24 of the Universities Act, 2021

NDU-K brings together other KDF colleges and schools such as the National Defence College (NDC), the Defence Staff College (DSC), the Kenya Military Academy (KMA), the Defence Forces Technical College (DEFTEC) and the International Peace Support Training Centre (IPSTC). The grouping of these institutions under the umbrella of NDU-K provides an opportunity for resource sharing, quality assurance, synchronization of training and education programmes as well as the formation of a centralized mechanism for certification.

NDU-K complies with legal and policy frameworks as guided by the national regulatory authorities governing university education and also aligns its training and academic programmes with the Kenya National Qualifications Framework (KNQF to allow the award of credits, credit transfer and encourage lifelong learning in the Defence and security spheres.